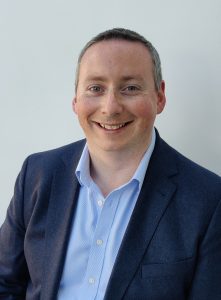 I completed my undergraduate degree in Computational Chemistry in Trinity College Dublin (TCD) in 2006, and then joined the research group of Professor Graeme W. Watson in TCD. I had earlier completed my final year undergraduate project with the group on the surface sensitivity of Li-doping of MgO.

During the course of my PhD my research focused on investigating oxides with catalytic applications, as well as studying the fundamental properties of transparent conducting oxides (TCOs). I won the 2008/2009 BOC gases postgraduate bursary award for my research on oxides with environmental applications. In 2010, I was awarded the RSC Solid State Chemistry Group Graduate Student Bursary to attend the Spring MRS in San Francisco. In addition I also received a Trinity Trust Travel award to attend the same conference. My image of the charge density of layered oxychalcogenide [Cu2S2][Sr3Sc2O5] was chosen as the cover of Chemistry of Materials for March and April of 2010.

In October 2010 I took up a position as a postdoctoral research fellow in the group. I successfully defended my thesis “Electronic structure studies of p-type semiconducting oxides” in my examination by Professor Sir C. Richard A. Catlow FRS, University College London (UCL) and Prof John C. Corish, TCD on 21st January 2011. I received a Thomas Young Centre Junior Research Fellowship to visit UCL for 3 weeks for a collaboration with Prof. Catlow in spring 2011.

In October 2011 I moved to the Department of Chemistry in UCL to take up a Ramsay Fellowship, jointly funded by the Ramsay Memorial Fellowships Trust and the MAPS Faculty in UCL to carry out independent research into novel materials for renewable energy applications. In 2012, I was awarded the Royal Irish Academy Young Chemists prize for 2011, for “the most outstanding Irish PhD thesis of 2011 in the area of the chemical sciences“. I also received an honourable mention in the 2012 IUPAC World Prize for Young Chemists competition.

In September 2013 I was appointed as a Lecturer in Computational, Materials and Inorganic Chemistry in the Department of Chemistry in UCL. The position is a joint appointment with Diamond Light Source, and I spend approximately 50% of my week at Diamond. I currently lecture on the Industrial Doctorate Centre in Molecular Modelling and Materials Science (M3S IDC) , where I teach a course on computational quantum chemistry and density functional theory.

In 2015 I was awarded the RSC Harrison-Meldola Memorial Prize for the “development and application of computational techniques to understanding and predicting the properties of functional semi-conductors for energy applications“. The RSC award winners were featured in Angewandte Chemie in June. In June 2015, I was made a Fellow of the Royal Society of Chemistry.

In October 2016 I was appointed as a Reader (Associate Professor) in Computational, Materials and Inorganic Chemistry in the Department of Chemistry in UCL. I also became the Inorganic Teaching Coordinator for the Department of Chemistry, as well as joining the Research Committee and the Teaching Committee of the Department. In December 2016 I was made a Fellow of the Higher Education Academy (FHEA), which means that I have met the appropriate standards in teaching and supporting learning in higher education, under the UK Professional Standards Framework (UKPSF).

In July 2017, I was awarded a European Research Council (ERC) Starting Grant, which commenced on the 1st of February 2018. The project is entitled “Design of Mixed Anion Inorganic Semiconductors for Energy Conversion”, DISCOVER, and will focus on predicting and controlling the properties of mixed anion systems for renewable energy applications.

In June 2018, I was awarded the UCL Student Union Student Choice Award for “Outstanding Research Supervision”, with the award highlighted in the UCL MAPS Faculty news. Following this I was shortlisted for the Times Higher Education Awards 2018 for “Outstanding Research Supervisor of the Year”. In October 2018, I was promoted to Professor in the Department of Chemistry in UCL, with the title Chair of Computational Materials Design.

In 2019, I was named as an “Outstanding Referee of the American Physical Society“. Instituted in 2008, the Outstanding Referee program annually recognizes approximately 150 of the currently active referees for their invaluable work. Comparable to Fellowship in the APS and other organizations, this is a lifetime award.  In 2021, I was awarded the inagural RSC Materials Chemistry Division Early Career Award for “contributions to materials modelling of conducting oxides”. In September 2021, I became a Scientific Editor for the RSC journal Materials Horizons, and became the Chair of the Faraday Insitution High Performance Computing Committee.

In March 2022, I was named as the inaugural Lead Editor for PRX Energy, a new a fully open access and highly selective journal from the American Physical Society for the multidisciplinary energy science and technology research communities. I now sit as a member of the Council of Lead Editors for the APS. I also became a member of the RSC Materials Chemistry Division Awards Committee. In June 2022 David was awarded the UCL Student Union Student Choice Award for “Excellent Personal Tutoring”, with the award highlighted in the Student Union Webbsite